The footsteps echoed across the walkways of the White Oak Street letting loose a sigh every now and then. These past days had been quite the eventful ones and frankly, she could not stand the musty office anymore. As far as she was concerned, she had a ANBU recruit to deal with, a ticked off Sennin, actually scratch that, two ticked off Sennin and to top it all off, it seemed she was having more flashbacks than usual. She really was gonna have to get that checked out. Weaving through the crowds, she navigated her way to a bench with a large tree hanging over it to provide some shade. Her Sharingan did a quick scan of the crowded area just for old time's sake. It was a natural thing of hers to do, there were always troublemakers about. Though, her trip here had not been here entirely for nothing. She had taken it upon herself to find that new visitor who according to Ranji had made it through despite the circumstances, it really was proving an ardous task now that she thought about it. One face among a population of a few thousand. Unclipping her blade, she leant it against the bench letting loose a sigh of relief glancing up at the evening sky, the feline ANBU mask concealing most of her features to any observant but to the attentive eye, all that would be distinguishable would be the shock of black hair bound back in a pony tail, the dark grey ANBU vest and uniform."Konohagakure..the sights are a beauty sometimes once you really have the time to pay attention."The kunoichi said to no one in particular ignoring the few merchants who would pass by now and then shouting their wares to which she paid no mind.

"That is now the issue, isn't it. One never really doesn't have time these days, do they?She laughed thinking of the thought to herself grinning wryly. Reaching behind her vest, Soku grasped ahold of a small crystal necklace loosening it and turning it over and over in her hand. She had forged bonds over this and made a promise, all that had been shattered.What are you doing to yourself?She hoped some fresh air would burn off the burdens of the village but the more she thought about it, the harder it became to forget."Damn it, Soku, let's just focus on what looks good around here, shall we?"The Captain muttered pocketing the heirloom and glancing around for any potential festivites. There happened to be a dango stall not too far from where she was sitting. Those were always in high demand, she noted with interest. It was a common delicacy of the village and one she knew was far superior in taste than any other dessert. Gesturing to the stall person, the girl made her way over counting out several coins as she selected a flavor and type."How long have you guys been around? These things are quite the profit, I hear."She asked watching as he got to work crafting up her order. He would merely chuckle in response and continue to ramble on about the economy and whatnot. "Well, take the extra as a tip."She winked sliding the coin across and walking back to her bench sitting down and enjoying the taste. "Now, all I need is someone to finish this."She remarked grinning scanning the crowd.
T 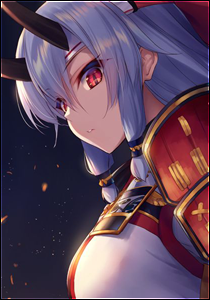 A few days following her first, but likely not her last, spar in this foreign village, the half-breed of Tomoe Country had stumbled upon around area of the village that was new. One of her first days in the village, she had been stumbling around the generic Oak District being looked at oddly and talked about by the citizens of the village. However, it was not a foreign concept to her of being talked about as other people around the parts of the world that she visited had done the same thing due to her clothing attire or how she looked; in all honesty, it did not phase her all that much as people were going to make comments about one another even if they were strikingly similar as it appeared that was human nature from what she could tell. Then again, she knew that everyone was not like that as many of the citizens of the village had been more than welcoming and friendly to her, but she had not felt much from them except for a few tiny exceptions. But, that could have just been an off-day for her or something.

Regardless, she had found herself in the White Oak Street this evening which was significantly quieter than a majority of the village. It was actually rather peaceful as people were more to themselves and the shopkeepers here were not trying to hassle or bother people that were merely going on a stroll like Tomomi. Then again, most of the shops here were selling an assortment of flowers or accessories for the nearby hot springs like towels, clothing, or minerals which likely did not sell as many in any given day as the food and other merchants did. Nevertheless, it was an area that was foreign to the Murakami woman and it was one that she wanted to investigate in her samurai-like armor that she was likely becoming known for even though she likely had money for other pieces of clothing and other means of dressing. Thus, that is exactly what she would do as she noticed a random figure sitting on a nearby bench dressed up like some of the individuals at the gate when she first came into the village with food in their hand which was somewhat odd especially if they wanted to eat that dango, but that was not her concern so she pressed on.OOC:

Glancing at the delicacy in her hand, her stomach fought the urge to digest it whole and one. In order to do such a feat would require her to remove her mask...in public.You really did not think this one through.The uniform was already somewhat of an attention-catcher with a few people casting her looks every now and then. Speaking of people..her gaze honed in onto a most peculiar person blinking a few times to ensure she was seeing what she really was. Were...those horns? The Captain momentarily forgot for a moment about her dango dilemma her eyes narrowing.Ok, if there was some sort of half-horned monster person roaming about the village, I am sure I would have noticed by now.She thought to herself frowning. Perhaps this was that peculiar visitor that Ranji had spoken about. Surely not...at the same time..that was not something you saw around these parts."Well..only one way to find out, I presume."The Santaru sighed before stealing a second glance at her treat. Food could wait. Holding it in one hand, she made to rise from the bench and slipped into the crowd falling a bit behind the mysterious woman trailing her for a bit slipping between people, the cover of the crowd providing some sort of concealment in a sense until she found a break in the rabble of people. Dodging another merchant who called out to her, something about the value of flowers, she really didn't pay him any mind. Soku had more pressing things on her mind like figuring out why a random horned woman had just popped up into the village and if her guess was right, this was the visitor that Kami had so willfully let into the gates. She still needed a talk with the recruit about that.

"Excuse me."Her voice sounded from the left of the foreigner's side as the kunoichi approached. She decided the mask would stay on until she got a good read of the person. Could never be too careful."Do pardon the intrusion but I happened to be passing by when I caught sight of you."Well, she looks nice enough minus the horns, I guess."My interest was aroused as we do not often have many travelers to Konohagakure and I recall hearing about a recent visitor who was around yet could not put a name or face to it. I am presuming that is you?"This is gonna be really bad if it turns out not to be the person.The Captain thought composing herself as best she could. It had to be, her attire practically had outsider written all over it."I suppose I should introduce myself too!"Soku laughed shaking her head."Where are my manners, I go by Santaru Soku."That was it, just a name, nothing more. No rank, no nothing. Though her garment would probably give that away, she tended not to be all buddy-buddy with horned people. Perhaps the dango would be crucial in that."Also, if you are hungry, I have some delicacies if you wish to try."She offered the dango treat extending her hand. She was surprised the thing was still intact after all those people she had bumped into to catch up."I brought it but decided food was a priority at the time."You know that's a lie.She smiled inwardly at the thought. What better way to get to know someone than over sweets? Perhaps this day was not going to be so dull after all.
You must log in or register to reply here.
Share:
Twitter Reddit Tumblr WhatsApp Email Link
Top Bottom