Not so long ago Senju Kazuki, the leader of the Rangers and sennin to Sand, gave Akazukin a certain mission: a criminal had taken refuge inside the Forest biome. He went by a curious nickname, The Rat. She was to track him down, contain him and bring him to Kazuki so he can be brought to justice. Akazukin succeeds into doing this and does so in a way that would severely embarrass him. Little did she know he was part of some dark organization. The Rat did not head into the forest biome for nothing. He headed there to give information he had gathered to a fellow member, The Rabbit. The organization called themselves the Zodiac and they were a gang of mercenaries for hire. As pay back for Akazukin’s action the Zodiac tried to assassinate one of Akazukin’s acquaintances while she was entertaining them. After this she was determined to hunt down the members of the Zodiac and that hunt led her here.

It was the middle of the night, the stars were shining and the stadium was bathed in a blood red light. People were hooting and roaring for the fights to begin for tonight is going to be a special event to celebrate the hunter’s moon. The crowd quiets a little as the announcer turns on the mike and speaks his introduction. “Good people of Suna, welcome to the arena.” The man was practically shouting into the mike with such focus and excitement that the crowd could not help but cheer. “Tonight we have a glorious matches between well trained combatants.” That was the cue and Akazukin walks down the hallway and up to the gates to be clearly seen by the audience. On the other side of the arena behind bars she could see her opponent. “Now for our first pair of combatants of the night!”

The announcer then begins to introduce the fighters, “To the East we have The Rising Sun herself, The Madam of Flame, The one that goes by no name other than... The Dragon!” Akazukin was able to gather a little bit of information about The Dragon. She was an Inuzuka that had a flame elemental as her companion. Stories say she sealed her own companion within her own body thus making herself a furious jinchuuriki. “To the West we have the owner of the rare Tokeigan, The Mistress of Time, Miroku Akazukin!” The crowd was going completely wild as they could not wait a moment for the bloodbath to begin. “Lower the gates!” The large spikes preventing them from immediately fighting each other slowly lowers into the ground. Both Akazukin and The Dragon calmly walk onto the battlefield and take their respective stance. 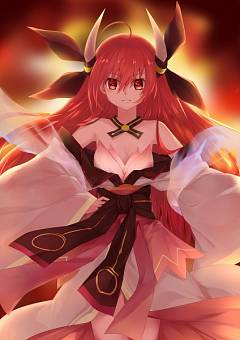 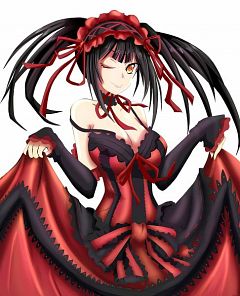 "Hold on folks looks like we have fighters ready at both the north and south gates as well." Both Akazukin and The Dragon were a little confused as this was not what they were told. They were prepped for a one on one duel and wondered if they should be prepared for more surprises. "That right folk we are going to have ourselves a BATTLE ROYAL!"
You must log in or register to reply here.
Share:
Twitter Reddit Tumblr WhatsApp Email Share Link
Top Bottom