Is it not written 'A washed pot never boils.'? [Entering Country, Open]

As he reached the outskirts of his Fire Country his world returned to normal colour spectrum as his own personal time once again syncing with that of relative 'normal' space. The purple to blue spectrum fading to allow the green of the cabbage fields to shine through, lit brightly by the strangely large full moon.

He slowed his pace to a walk, waiting for his companions to catch up.

A tiny doll, no more than six inches tall, tore through the fabric of reality to take purchase on the old man's shoulder. She spread her skirts around her as she sat cross legged, laying her small crook across her lap.

"You smell funny Yong... Too long in your slicing maybe? Perhaps a shower?"<i></i> Her voice was soft and quiet, like a mother church mouse telling a bedtime story.

"You sure its not the cabbages?"<i></i> The old man enquired, indicating the fields currently running for acres on either side of the cart road.

"Hmm, maybe... But is it not also written 'A little soap and water never killed anyone.'?"<i></i> An animated, cheeky grin can over her tiny porcelain face as she spoke.

"True, though it does give me a certain rugged aspect don't you think?"<i></i> 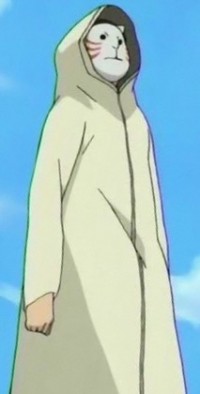 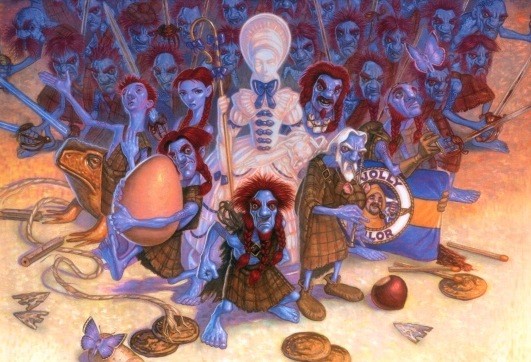 Walking quietly on the road, he wondered how much further he must walk until he had caught up with is brother. Being back in Fire country made him uneasy, and he could only guess on what had brought Yong to this place. The last time we were here, we did not part with Konoha on the best of terms.

He passed a man obviously distraught, as his cart had lost its wheel and his goods were spilt on the side of the road. Ignoring the man’s pleas, ”My Cabbages!” Hisao walked on, confident he would soon come across Yong. I’m sure he won’t be far