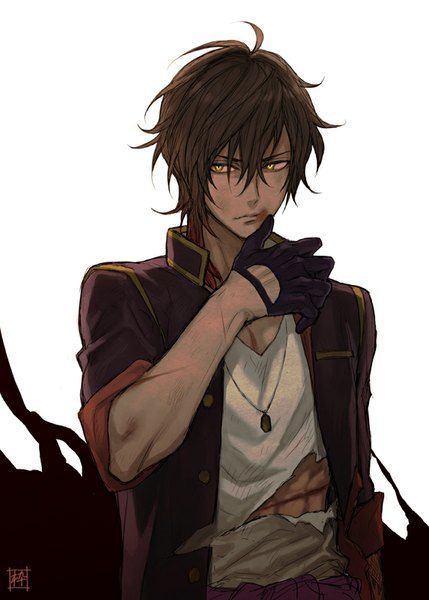 It was dark. It was always dark. No light shone upon the world, as Ziren once remembered. He thought that he had known cold, being in Water Country while fighting someone from his past, finally killing them. But this kind of cold seems to reach to his very being.

There was something about this place that just made his skin crawl. He looked around, to find just pitch black darkness. His eyes couldn't even adjust to how there was no light. Heck, even Anyu's darkness, when it comes to him summoning up a shadow realm around Ziren isn't even this dark. And then he heard whispering. It was from multiple people, but it also sounded like it was coming from all around him. He tried to listen for blood flows, but couldn't hear any. Not even... His own.

The very thought brought shivers up his spine. But there was nothing he can really do, except listen to whoever is whispering.

"Ziren... My sweet, sweet boy. All grown up." It was a woman's voice, it sounded familiar, but not at the same time. It made him want to relax a bit.

"See that boy right here?" Another voice resonated, it also sounded familiar, but not at the same time. "This boy will be the greatest Chigokai to ever live!"

"You've given up? A pity. To think my little brother, who killed me, has decided to give up on himself and his new family." Anger welled up in his stomach. Ziren knew that voice. It belonged to his older brother, Jirosho. The very man he had killed, to keep Leaf safe.

"So..." Another voice came. This one... It belonged to the very man he had just killed, the man that ruined his life from the start. The man that changed Ziren's whole history from the things he has done. "I honestly expected for me to come in after you. Guess I was wrong about you after all. But it's not like it matters anymore. We both have ended up in the same place."

Ziren tightened his fists. He was ready to pounce on the guy. "You ready for round two! Huh!" But as soon as he finished his sentence, a bright light formed right above him. It seemed far away, but to even look at it, seemed to blind him.

"Don't go into the light." The first voice pleaded.

"Don't go into the light " The second voice pleaded.

"Don't go into the light." The Mercenary pleaded.

The Chigokai woke up, suddenly blood blade in his hand, ready to fight. When he realized that nothing was going to hurt him, he absorbed the blood back into him and looked around. He was in a sleeping bag, blanket on top of blanket, on top of blanket was set on his cold body. There was a campfire nearby, which was weird, because the last he remembers, he was in Water. There were graves, four of them, and a body of a faceless NPC nearby, it looked to Ziren, that they either died from the cold, or... Was his aura of death still active while he was asleep? And... How long was he asleep. He does realize that his body is kind of stiff and aching a bit.

Ziren got up, surprised to see that his clothes have been stiched, as in stiched to be fixed. And a new metal arm was where his old one was. His old one, destroyed by the Mercenary during their fight. After looking down at himself, Ziren opened the letter to read its contents.

If you are reading this, then assume the worst. Me and four other people have found you after some activity has brought us to Water. We were surprised, in fact to see that it was you and one other man to cause such activity. As you may probably know, you have lived, while the other was long gone. We have brought you with us, in your comatose state, to this cavern that you are in right now. We tried to evacuate our of here with you in tow, but with the constant threat of monsters just right outside the cave made us stay here. Five years to be exact. See, none of us were fighters, but we were survivors. We stayed as long as we could. But there was something. Not just the type of chakra coming from the very earth of this Country, but also from you, that seemed to say away our strength, our very life force. I was the last survivor to take care of you. And all I ask is this. If you ever wake up. Please bury me next to my friends.
Ziren dropped the letter. So... The guy... The Medical Chief is starting to realize. The man died, as soon as Ziren woke up. Or he woke up as soon as the man died. His own corrupted chakra from being a Dark Sage took the last bit of life force the man had. And that wasn't all... He said... Five years.

Was Ziren really in a coma for five years? He felt kind of woozy and light headed just thinking about it. He had to sit down. How were things in Leaf? Did his wife and children make it to Cloud? Oh no... He missed five years with his children.

He looked back at the faceless NPC body. They tried to help him. Tried to keep him alive all this time. And they only had one favor for him to carry out. There was a shovel nearby, presumably used to bury the other people before this one. Ziren couldn't imagine the sadness that this person has gone through. Probably thinking they are the last to survive, and the person they tried to save to meet a similar fate without them even realizing it.

No justsus, no chakra was used to speed up the process. The Chigokai tried to put himself in the last survivor's shoes, having to bury someone without the use of chakra.

It took a few hours, but finally, he managed to make a hole deep enough for the person, and to cover the body back up. After all the work was done, the fire was almost out.

He doesn't know who these people were, but he does feel like he should remember them, for what they have done. Going to each of the five graves, Ziren put a hand on the dirt, "Thank you. I won't let your deaths be meaningless." He said to each grave. A small wind chill came as the flames finally went out.

And so was his time to leave this frozen wasteland full of graves.