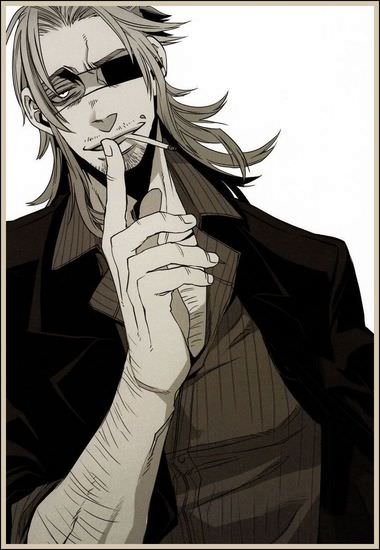 It is the finals, the real money-maker. Tsuyoshi Junko, Chielf Med-Nin of Cloud versus Akujin (Byakko Kyūji), a Medic from Sunagakure. There were a couple of grand upsets already in this tournament, a few poor kids that came outta this place wealthy and a few rich blokes who were gonna be eating cat food for the next year to recoup their losses. That was of course their problem, if you cannot afford to pay then you should not play. That was hit motto at the very least. His mattress was overflowing with yen, with this match he would likely end up living the dream far away from this veritable prison.

It had been two weeks since the last step in the tournament made this seedy individual a rich man.

That money was of course well-spent. Formerly part of the disbanded Midnight Crew, he was somewhat disenfranchised with the concept of shinobism as well as their crackdown on organized crime in Kurosawa these past few months. Cleaning the way for foreigner arrival they said. Bullshit. Still, an opportunity is an opportunity. Sometimes money was not everything but money sure helped someone get whatever it was that they wanted. Of course with all of these chakra chumps came new problems, reckless kids with more power than they could be handled being set loose in the village. The little shits were doing even more damage in some cases than his crew ever did. It was ironic really, the world was no better just different no matter how hard they tried.

"Back to the grind boys, we did good last time. Let's do better this time 'round." he announced as he sat a lockbox on the table and a pad of paper to the side. "Let's finish strong and watch more of these shinobi assholes get their asses handed to them."

20k on Junko. Fyi, you have it written as Azusa.

Corrected the typo, thanks for pointing it out Kikai! Shiori Edit: Only had 68K on hand at the time of the withdraw so bet would be fore 68k.
T

Shiori Edit: Have to have clean numbers in the thousands. So rounded it to 155,000.

105k each on both Akujin and Junko! *prays that there isn't a double KO*

250k on both participants.
M