((OoC: I am using my Discovery of Contract of Random Choice that I just purchased with my ASP, and I have no preference on which one shows up)) 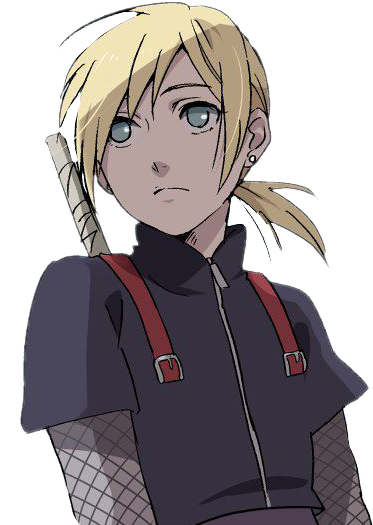 It's not everyday that Shusuke gets to travel with his parents while they are on a mission, but he wasn't sure why he was here because he is once again left alone to his studying. His mother left him some stems of the legendary Nightshade, a toxic flower his clan is known to cultivate for use in combat, and instruction on how to extract the exact amounts to use in an offensive style. A few jars of high proof alcohol and other various tools were left behind for him. He hated this part of his studies, but he knew that it was expected of him to be able to do the bare minimum of his clan's techniques so here he was studying. Setting up a small table alongside the stream of water before it drops to the waterfall the young boy rested behind the unknown shinobi with long flowing jagged hair. The sun was still rising into the sky which caused the incoming flow of water to shimmer in a beautiful display of lights. A smile came across his pale skinned face; the sun's vibrant painting across the sky radiated such warmth that may rival the boy's own golden hair. The sites were truly beautiful but that is not why he was up here; he needed to focus. Letting out a sigh of contentment he grinned before turning his attention back towards his workload before him.

Carefully removing the flower petals from the Nightshade he sat them aside and began to strip the different parts of foliage by toxicity levels. Leaves, buds, seed pods, flesh of the berries, stems, and the like were each sat into different glass jars. Grabbing a few different bottles of liquid he checked the varying strengths and alchemical properties before following the recipes on which liquids get mixed at what quantities that his mother left. Pouring these various concoctions into the different glass jars caused a spectrum of colors to appear. Taking the time to stir each jar and setting them down for a few minutes to allow the process to take place, Shusuke took the ample time required per instructions until the viscosity of each liquid thickened. Grabbing a small bunsen burner he began to make a redaction of the chemical compound.

A few hours passed and the young student wiped the sweat from his brow as he had been focusing rather intently on this task, but by this point he felt as though the concoction he made was the correct results that his mother's formula was to produce. He wouldn't know for sure until his parents arrived to double check his work but he knew that there was much more he could be doing in the meantime. Setting the amber vial down on the table he began to look around the area above the falls and grins softly.

Walking towards the water's edge the boy would channel his chakra to the bottoms of his feet to allow him to walk along the water's surface. It took a few slow steps before he felt stable enough to begin to walk at a regular pace. A few yards out and he found himself standing in the middle of the flowing current. Letting out a surge of energy he began to weave one of his Illusionary Cantrips, False Surroundings, to try and hide the raging flow of falls from his own perspective. Trickling out from his feet the vision of a grassy field expanded, but as it continued it appeared to have the texture of the rippling breaks of the currents. He closed his eyes and focused harder on the visions of a grassy field as he could feel his chakra expand out from himself creating his illusory reality. Cutting through the rippling tides out came a burst of grass. Opening his eyes he could feel the illusion completely taking up the area, but shifting his hand seals he began to weave a secondary visual illusion, which is normally impossible but the way his mind was wired allowed him to conceive these mass webs of visual illusory lies. Standing before him he saw a replica of himself standing there and mimicking his motions. A grin came to his face, practicing genjutsu alone was always extremely difficult, especially when standing on raging waters flying off of the end of the waterfall.

Dropping the illusion immediately his attention was quickly caught by a sound at the base of the waterfalls. A loud crashing sound could be heard and he wasn't expecting to have any visitors for quite some time. Grabbing the hilt of his blade he quickly darted down towards the falls before pushing off of the water's surface to push him towards the stony walls that house the river below. Catching his feet on the hard surface he weakens his hold slightly and places his empty hand on the stone surface channeling chakra into his hand as well. Maintaining a weaker connection the boy would began to slide down the surface like a drop of water gazing the surface of a flower petal. A moment passes before he touches down to the ground on one of the stony edges alongside the current. A few jagged rocks are housed at the base of the falls, one of which is where the Yamanaka boy rests. Looking around he tries to find the source of the sound, as he channels more chakra back into his feet he quickly darts across the water's surface. Pulsing chakra into the hilt of his blade small sparks begin to emerge from it as he pulls the short tanto from the sheath strapped on his back. Crossing his hands in front of his face he takes a defensive stance with his slashing blade as he continues to dart quickly across the waters surface.

In about a minute he arrives to where he believes was the source of the sound. Quickly surveying the scene he found a section of the stone wall that cracked and fell into the waters below. Unsure of what caused it he approached cautiously maintaining his surging lighting that dwelled across his blade. As he approached a small entrance could be see to what appears to be a recently revealed cave opening to what he only could assume was carved by an underground stream that recently ruptured to the surface. Letting out a sigh and dropping the jutsu he approached cautiously with his blade his still in a defensive stance. Flicking the blade a series greyish purple droplets begin to drizzle down the blade as it becomes coated in Twilight Venom.

Stepping into the edge of the cave the boy takes an unsteady breath before speaking out. "Hello?" He called out hoping for no response. His parents, Chuunin of Konohagakure, were out here in response to some unknown beast that had killed a few different merchants and has been tracked to this general area and he was nervous he was about come face to face with this threatening creature.

Stepping softly into the cave his eyes peered around into the dim darkness before him. He knew he was about to travel through the darkness for some time but he wanted to make sure he didn’t meander too far. Placing his fingers gently onto the stony wall he would begin to softly step into this impenetrable darkness. Keeping his ears sharp he would continue venturing in the dark. His heart, pounding in his ears, caused the growing anxiety from within to peak towards true uneasiness. Save for the occasional accidental kick of a rock there was no other sounds. The echoing chorus of the skipping pebble would fade after a few minutes but it was still enough to cause the boy to wince in fear.

Several minutes later Shusuke began to see a faint dim glow of a soft blue nature, he was instantly mesmerized to see this light coming from this deep within the earth. Who would have thought that someone could find a natural source of light in a tunnel deep below the surface. Picking up pace the small child began to dart towards the light with his arms once again crossed in front of him in a defense stance. The soft bioluminescent glow before him began to expand to fill most of his vision as he broke free into an expansive cavity of natural design. Soft spongy looking shelf mushroom grow along the varying stalactites and stalagmites that call this room home. A small steady trickle of drops coming from the stalactites echo through the air of this one hundred foot wide and perhaps deep room.

Sitting above the cavern floor by about fifteen feet but still sitting twenty feet below the ceiling the boy looked around trying to find anything of interest. His mind at this point was calming from his anxiety and the small child began to become more and more excitable at the idea of exploring some underground cave. A grin took to his face as he dropped down to the lower level. He could see sections of the cavern that grew dark once more that he believed could lead to more tunnels further down. Looking back to where he came he pushed his blade into the stone surface lightly before carving the word “home” so that he knew which way to go when he was ready to leave.

He knew he probably had several hours before his parents would return to the camp so why not spend the time exploring a newly discovered location? This was technically learning something new, sure it wasn’t what his parents were expecting but it was more fun than studying the books his mother left for him. Slowly walking through the room he would approach the various fungi and grinned. This location was beautiful, he was so glad he was able to find this trove of innocent unsoiled nature. He took in a deep breath, the earthy scent of this newly discovered world filled his senses and all he could do was smile. He was in pure bliss. He was by himself and somewhere that no other person had been before, or at least that’s what he thought.

Then he could hear it, the sound of something approaching. The bliss vanished and his fear returned. What was coming?