All great works of art tested the limits of what civilization and the reigning institutional powers of the time might allow. This wasn’t, strictly speaking, true, of course, but it was a useful justification for convincing thespians and labourers alike to work for nothing but the promise of a memorable performance. The cool spring air lightly shook a stack of planks left leaning against the side of the makeshift stage built in the centre of the Dawnbringer’s Plaza.

It was about as ornate and well constructed as one could expect for a night and a morning’s work on a minimal budget. The main feature was it’s thick faux-velvet curtains draped across the wooden stage with gold coloured tassels and rope hanging in all the pleasant looking spots. It helped distract would be audiences from the shoddy workmanship that exposed long gaps between the wood that was supposed to be fitted together snugly, but wasn’t quite enough to allow the slowly gathering crowd to ignore the mist of sawdust occasionally wafting itself into their faces.

They were remarkably patient, though, a fact which surprised the young director, who was nervously pacing as he waited for his creation to be brought to life. Of course, the people would love it, that wasn’t really the topic of his concern, but, as the new saying went, ’the show must go on.’

Walking up to the stage, the boy looked at the sun, now hanging in the centre of the heaven’s above, before looking down silently at the sparse mob that had assembled. ”Good afternoon and thank you for joining me on this fine afternoon,” He began, sweeping his arm across the audience in suitably dramatic fashion, before pausing for effect, and finishing his introduction in what he felt was a suitably succinct fashion. ”This courtroom drama is based on real events, but, I hope that you can find, as I have, that life can be just as entertaining as art. Please enjoy.” And with that, the boy grabbed the top hat from his head, and gave another ornate sweep under his stomach as he gave a light bow to the crowd, stepping backwards and making his way off of the stage. He would wait a moment now for any straggling interested parties to decide whether or not they wanted a place in the crowd before drawing the curtain.
Click to expand... THE SHOW MUST GO ON!​
BUT GODDAMN! He wasn't even supposed to be in act one…. Like at all. He was supposed to be in act two, but their friendly neighborhood dictator of a director gave him only moments to memorize a script of a character he'd be doing. Saying that 'The actor playing this role was running late so they need him to play the role of Uchiha Kojiro.’ He was born for the other role plus he had time to perfect to read over it but now he had to be a freaking uchiha to memorize this whole new script in time. He really needed to stop applying for these acting gigs, serves him right for wanting to be famous. Maru massaged his temples to calm himself, taking deep breaths. 'Common, you did a lot of switching characters when you are trying to entertain your mistress ghost. Pretend like Kawaii is watching and if you don't do good you'll be subjected to something horrible like…. Having to dress up as a nerd having to write standards.’ Out of all the punishments that Kawaii gives him it's to bullshit kiddy ones that she made him do was what he hated. And he has to do them otherwise he will get his sensations taken away so he won't be able to feel pain or pleasure… just numb to anything. With a new founded inspiration, he prepared himself to get into character… but the only problem with this character was.. he didn't have a mask…

When the curtains drew back, there in the center of the stage sitting on a wooden rocking chair was a young man wearing a black kimono with the uchiha crest on the back . He had dark hair as black as night, his skin ghostly white , dark rings around his eyes and even where the crowd sat they could see his glowing red eyes as he looked down at what looked to be a small child wrapped in a blanket which was actually some training baby doll that parent's get to have the experience of taking care of a newborn. As the mechanical child cried Maru who was playing a father who goal is to assassinate the Raikage to take control of Kumokagure began to speak, making his voice sound more… like a old Uchiha who just likes to hear himself talk about his plan to start a war. ”There's no need to cry little one.” Maru assured the child in his arms. ”This village.. all countries… forcing their youth who are blessed with the power to wield chakra to become soldiers.... Your father will put a end to it all.” the raven haired actor looked up, as if demanding for some god to hear him as he cursed the day that Jashin made people who are cursed with being able to use chakra. ”Your father will bring down the wrath of Raiden upon the man who sits behind a desk as their youth are forced to lay down their lives for a village that people give so much to protect but give so little in return. To slice through the dark hurricane by cutting through the eye of the storm. Then… once the Raikage is dead and I rule over Kumogakure people will be able to choose whether or not they will die for this country and not be taught from birth that you are meant to join the army….”

Getting up from his rocking chair, the child long since stopped it's crying as Maru began his speech on how the Raikage must die. The rogue walked towards a prop crib then set the a couple of feet near the chair, the spotlight followed him and in the dark some of the stage attendants went to remove the prop rocking chair since it was no longer needed. After setting the child down in the, the rogue looked down at the child then gave it a warm smile. ”Sleep well… soon you'll be in a world where you can be a lawyer or a performer rather being turned into a weapon for the government...” with that Maru said with a smile, realizing this Uchiha Kojiro that he was playing and him had a lot in common. At least in terms that no child should be learning about how to kill their enemies when they are like 10 or 9. What kind of childhood was that?

After leaving his child behind to sleep, the rogue began to walk to the other side of the stage so the spotlight fallowed him and in the cover of darkness the stage attendants removed the prop crib and child. ”Hana!... HANA!... I must have a word with you, it's about your plan to go to the villages gates. Please...” the rogue called out to his pretend wife. Honestly he never really seen this pretend wife before but he's seen the script and knew what she'd say or do. Hopefully she didn't have horns cause that would be very distracting to his work.

[Uchiha Kojiro played by Maru has entered!]
Click to expand... 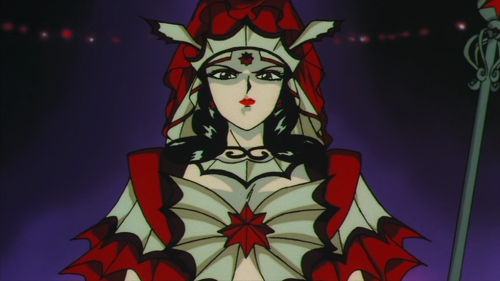 There was a real choice to be made here. He had the dress, the two large and extra jiggly sacks made of silicate gel, the wig, the make up. He tried it all on, he made a genuine effort, but ultimately it was going to be a little distracting, since he couldn't quite make the gender swap work. Transformation it was then. It was a bit of a nuisance to maintain a jutsu for so long while focusing on the art of acting, but no one ever said making art should be easy. In the end, he should have given this job to the Princess of Hearts, but, with a sigh and a look at his watch, he would have to concede that not only was casting riddled with little nuanced complications, but that there was no time to worry about those things now.

Emerging onto the stage as discreetly as he could, the boy, now a woman, would rest her elbow dramatically on a decorative prop vanity, pinching his forehead with this hand as he leant over the piece of furniture in a lamenting pose, waiting for her husband to finish his monologue, privately judging the delivery with a feeling of relief and wondering if the stage hands were really ready to quickly change the setting for the second act. "Yes, my darling" Hana, who was really Tetsu, finally cried out, not bothering to disguise her manly voice, "I am finally prepared to infiltrate the village hiding in the clouds, be certain that you bestow upon our daughter your tenderest goodbye, for it will be several long months before you lay your glance upon her again." She would pick up the prop baby, acting like she thought a mother might, rocking the inanimate thing back to sleep as she stared deeply into it's plastic face, before throwing her free arm, awkwardly holding it's scepter, up toward the crowd, as if addressing them, almost directly.

"May their Raiden's light guide my shaking Hand,
As I show the children of Cloud their last Dawn,
To protect the children stol'n from 'cross the Land
But those now stolen are too far Gone."

She placed the back of her gloved hand delicately against her head before walking at a brisk and elegant pace towards her husband, "Please tell me of your certainty that our armies are now prepared for the invasion." And so saying, the woman looked down once more into her baby's face, standing closely beside her husband Kojiro to give the audience a good image for the intimacy of the family unit here against their luxuriously dark backdrop. "As Cloud has meekly accepted it's position as a friend to all foreign powers that intimidate it, the already terrified village will surely be in feverish upheaval when I cast it's fair leader into the Earth."
Click to expand...