The NPC Council of Kumogakure

The NPC Council of Kumogakure:

The Council:
The Council of Kumogakure is made of eleven non-shinobi seats, elected individuals in charge of running the village of Kumogakure and three shinobi seats, traditionally given to the ancient clans of Kumogakure: Chigokai, Santaru and Kagetsu. The Raikage and the Council work alongside one another to see that the village prospers, and though they both have the same goal, their methods do not always align. They are considered the balancing force to the Raikage, scrutinizing his decisions and policies before they are released. So, while the Raikage technically out-ranks them, Kage who refuse to listen to the Council and navigate custom find their terms short.

As a rule, these NPCS are:

General Description: Kadu is six foot four, and a very healthy man. He takes his job very seriously as he gets up before the sun to start his work. He rarely has any kind of free time, as he is always out making sure that the farm workers, animal keepers, and gathers are doing their jobs right. He may seem like a stressed man, but he relatively stays calm. The only time he becomes visibly angry is when his work and his people are being threatened, or have been destroyed. He may become frustrated at accidents that happen, and if someone else is slacking in their department. General Description: Shinpei is often described as a nervous yet surprisingly nosey individual. He has worked with Kumogakure's broadcasting services for many years as an electrician, engineer, talk show host and producer. He is allowed to handle none of those things directly anymore for various reasons, not the least of which includes his remarkable ability to trip over and tear cables where there shouldn't even be any, regardless of durability. He is very knowledgeable in practically every aspect of the system from the wires to public opinion to the content despite his handicap and was, to the relief of many, put in a position where he would have to handle paperwork and decision making instead of hands on work.

His three great joys in life are conspiracy theories, the midwinter release of the new PlayNinja calendar, and slipping jokes into the broadcast script.

General Description: Misho is young, calculated, and at first glance appears too young and naïve for his position as a councilor, but his problem solving and critical thinking ability makes him a great asset to have sitting at the council table. He has a penchant for getting overzealous about topics he is adamant about, and knows not when to back down from a debate. He is easily underestimated due to his age compared to his fellow councilors but he quick to rectify any doubt that he is fit for the job. He stands at a modest five foot eleven inches.

He has few joys in the world being a man of sheer business and work etiquette, but takoyaki is the bane of this man; he is a sucker for the freshness of good takoyaki.

General Description: Miki stands about five foot five with a slender build. Her hair is just past shoulder length, her eyes a dark brown. Miki is seemingly quiet and not overly assertive, but in truth, she simply waits for the most appropriate time to speak. She has no quarrel with raising ideas or shooting down poor ones. Her directness sometimes surprises those who are lulled into complacency by her apparent passiveness. She is the daughter of a shinobi and a non-shinobi small-time merchant, not a shinobi herself. She got into politics when a shinobi training ground project threatened to ruin her parent's business. After fighting against the proposal and successfully getting it relocated, she was noticed as a quick study of the laws involved by a politician in the Planning and Zoning division of the civilian government and landed a job. Since then, she has quickly worked her way up by way of wise decision making and a firm grasp on zoning laws. Now she sits as the director of the Planning and Zoning division, seeking to make fair decisions for the benefit of Kumogakure's civilians both shinobi and otherwise, both of which she deals with near equally.

When not working on her duties as a council member, she will usually be found nose-deep in a book... usually of the steamy romance novel variety, though she is very secretive about this and tends to disguise them in covers of historical fiction (her other favourite genre). Aside from that, despite having no skill for using chakra, she practices a non-shinobi form of martial arts for self-defense. She lives alone with her dog, Aria. 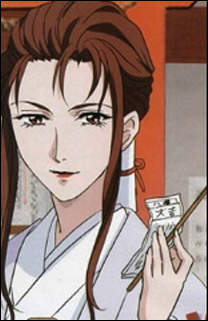 General Description Higa Sei has the aura of a laid-back individual. Despite her personality, she is a stickler for rules - if they are broken, some form of atonement must be made no matter the excuse. She happily welcomes people in her home frequently, but under the surface, she has a deep hatred for shinobi and considers them a necessary evil. Sei grew up in a normal middle-class family along with her older sister -- Shinrya Kahako's biological mother. When her sister moved away, Sei took over the family restaurant and cared for her parents until their death.

She cared about her niece in her own way, but that strange compassion grew frosty ever since the now Medical Sennin chose to be adopted into the Shinrya clan. Kahako's decision to become a Shinrya killed the Higa family from ever becoming more than just a middle-class civilian family. Kahako was the only shinobi for generations and her accolades were no longer attributed to the Higa name. In Sei's confrontation with the head of the Shinrya clan, she learned just how little her voice mattered when it came to the say of her dwindling family's future. This is what started her on her path to the council, and her eventual seat at the head of Kumogakure's Trade Department. 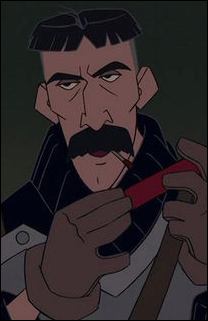 General Description: Houjyou has been in Mining more or less all of his life and has a thing for explosives. If he isn’t supervising new mine tunnels, he’s trying to develop newer and more efficient methods to blow things up. It’s not perfect, but it gets the job done to blast holes into both the ground and the mountain ranges to retrieve the valuable ore from within. Given his expertise within mining and extraction techniques, he’s been made the Kumogakure Head of Mining Operations. While he may not show up to every single meeting, he gets results, and that has served to improve Kumogakure's raw resources intake, and thus also the produced goods output. 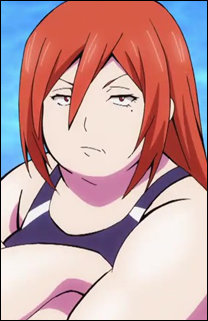 General Description: The younger (by 15 minutes) twin sister of Suigetsu Suiji, Suiko is always a refreshing burst of fresh air in the room despite what her occupation might otherwise indicate. Minorly gifted in the manipulation of chakra, specifically in the water element, Suiko had a promising career as a Medical Shinobi before her but lacked the strength to heal. Most agree that it was because her brother, Suiji, wasn't going to make the cut. Falling back on her high mental aptitude and knack for understanding complex systems, Suiko found herself working in the non-shinobi public sector at a waste facility. Proving herself via hard work and dedication she eventually worked her way up to the Chief Engineer in the Water and Sewer Department of Kumogakure. Though both she and her brother sit on the council, whereas most would question their motives, the Suigetsu Twins' works speak for themselves. 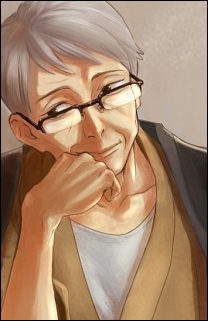 General Description: With short hair, a well-lined face and practical scholar's clothing, Uehashi Yori is a no-nonsense woman with a dream to see all of Kumogakure's people well educated. Yori is the eldest daughter of Uehashi clan, how are known mostly for their pottery. Otherwise ordinary, she excelled in school, so much so that Kumogakure offered a full scholarship for her to continue studying in Raiden's Eye well inter her adulthood. There, she also delved into politics, eventually became a teacher in the capital's university, married one of the other professors, and became a scribe for Tachibana Ami herself during the Lightning Civil War. When the conflict finished, Yori moved home to look after her mother following her father's death. Following the Assassination of Hayata Shin and the investigation that saw her predecessor removed from office, Yori was approached to become head of non-shinobi education. 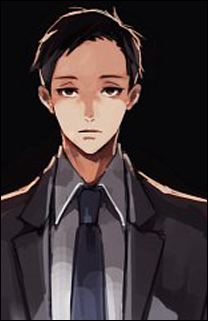 General Description: Shihi is a hardliner, hard-boiled detective at heart who worked his way up through the ranks at an early age to get where he's at. Coming from an average family with an average life, Shihi took to his calling in law enforcement when he witnessed one of his friends get hospitalized after a mugging gone wrong. When the perpetrator wasn't caught, Shihi did his own detective work and eventually was able to assist the Police with finding and putting the mugger behind bars. He then went on to prove that he wasn't just a "flash in the pan" when he continued to assist on many unsolved mysteries. Eventually making his way into a leadership role, Shihi continues to prove that his sharp mind and eye for detail are second to none when it comes to his profession and passion. 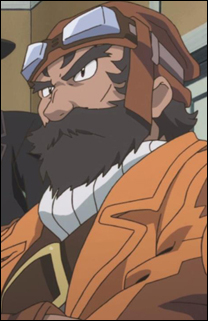 General Description: Growing up in a travelling merchant caravan household, Tobu Chokichi quickly grew quite knowledgeable of the lay of the land in the Lightning Country. When his family finally settled in Kumogakure, Chokichi used his families maps to help work his way up through the railroad industry by means of apprenticeships and hard work. It was while working as a foreman on the railroads that he earned the nickname, "Chuu Chuu" due to his always rushing full steam ahead from one job to the next. A man valuing hard work, despite his now comfortable position in the eyes of many, he's still not above getting his hands dirty in order to solve a problem. It is his light-hearted and genuineness of character that has helped him to make many friends on the Council. 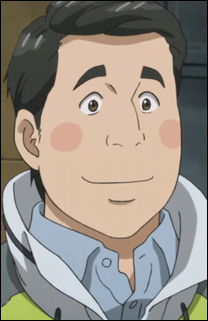 General Description: Suiji is coincidentally the older (by 15 minutes) twin brother to the Water and Sewer Council member, Suigetsu Suiko. Though they are twins and equally gifted in not only the understanding but manipulating of water ninjutsu, they chose different paths in life. Suiji used his talents for fighting fires once it was clear that he wasn't cut out to be a shinobi. Where many would have taken this as a failure or a waste of chakra manipulating talent, Suiji was helped by his ever grounded sister to continue doing what he could for the greater good of the village. Now the youngest Fire Chief in memory, Suiji always maintains a positive attitude even when everything around him is burning down.
Shinobi Council Members: (WIP)